On Saturday morning, September 17, 2022, the memorial service for the late businessman Mr. Alwan Saeed Al-Shaibani, the Founder and the Chairman of the Universal Group and the Chairman of the Board of Trustees of Al-Khair Foundation for Social Development (AKF), was held under the name of “A Shining Beacon During a Life and After a Death” at the Capital Secretariat “Sana’a” namely at the Sport Entertainment Club (Police Officers Hall), with the presence of the family of the late, his friends and lovers and the affiliates of Universal Group of Companies, along with the honorable presence of several prominent economic, social and political figures, including Mr. Sultan Al-Sami and Mr. Jaber Al-Wahbani, members of the Supreme Political Council (SPC), Mr. Mahmoud Al-Junaid, the Deputy Prime Minister for National Vision Affairs, and Mr. Abdulaziz Al-Baghdadi, a member of the Political Council.

The event was inaugurated with reciting Al-Fatihah for the spirit of the late and some verses from the Holy Quran, followed by the national anthem. Later on, the Preparatory Committee, represented by Mr. Qadri Ahmad Haidar delivered a speech, in which he mentioned the virtues of Mr. Alwan, the stations of his life and its attendant gains, pains, and challenges as well as his successes in the business world and his philanthropy.

In a brief speech delivered by the friends of the late, Mr. Ahmed Qaid Al-Saedi praised a number of milestones in the life of Mr. Alwan, his successes, and his role in both commercial and philanthropic fields. Mr. Yahya Al-Arashi, the Minister of Culture and a former Minister of Unity Affairs, also praised the role of Mr. Alwan in the development and charitable field. He also shed a light on the role of the late and his efforts in adopting and completing the study of "the Mutual Impacts of Yemeni Migration", concerning the positive roles of Yemeni migrants wherever they land.

While Mr. Mohammed Al-Anesi, a member of the Board of Chamber of Commerce, Mr. Mohammed Qaflah, the General Manager of the Federation of Yemen Chambers of Commerce and Industry (FYCCI), and Mr. Abduljabbar Abdullah Saeed stated the role of Mr. Alwan Al-Shaibani in the tourism industry and its development.

The event also included a video display stating some stations of Mr. Alwan’s journey, his successes, philanthropy, and some of his quotations, in addition to the displaying of the "Decade of Goodness" video, in which the most significant philanthropy achievements of Mr. Alwan Al-Shaibani, implemented through AKF, were presented.

Moreover, Al-Hamdani Foundation has handed over an honorary shield to Mr. Alwan’s grandson, Mr. Bashar Wael, and the CEO of the Universal Group, Mr. Jamal Omar in honour of the late. In his speech, Mr. Jamal Omar, the CEO of the Universal Group, shared with the audience some flashbacks of how the late had faced various challenges and obstacles during the course of his life, and then he called everyone to follow the lead of the great mentor, Mr. Alwan Al Shaibani.

At the end of the event, the family of the late, represented by Mr. Bashar Wael, also shared with the audience some memories about, the grandfather, the HeForShe, the supporter of education, the backer of poor and marginalized individuals, Mr. Alwan. Then, he thanked those who were a part of the event and those who communicated and sent condolences. 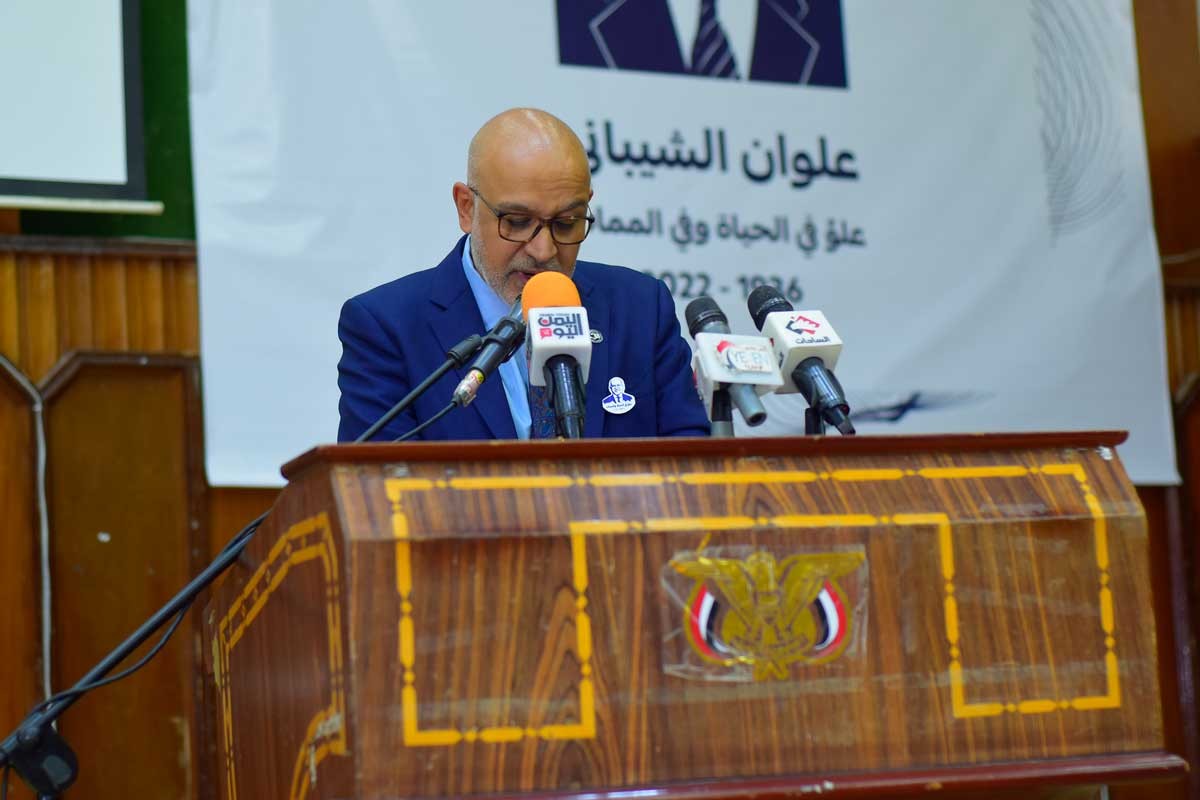 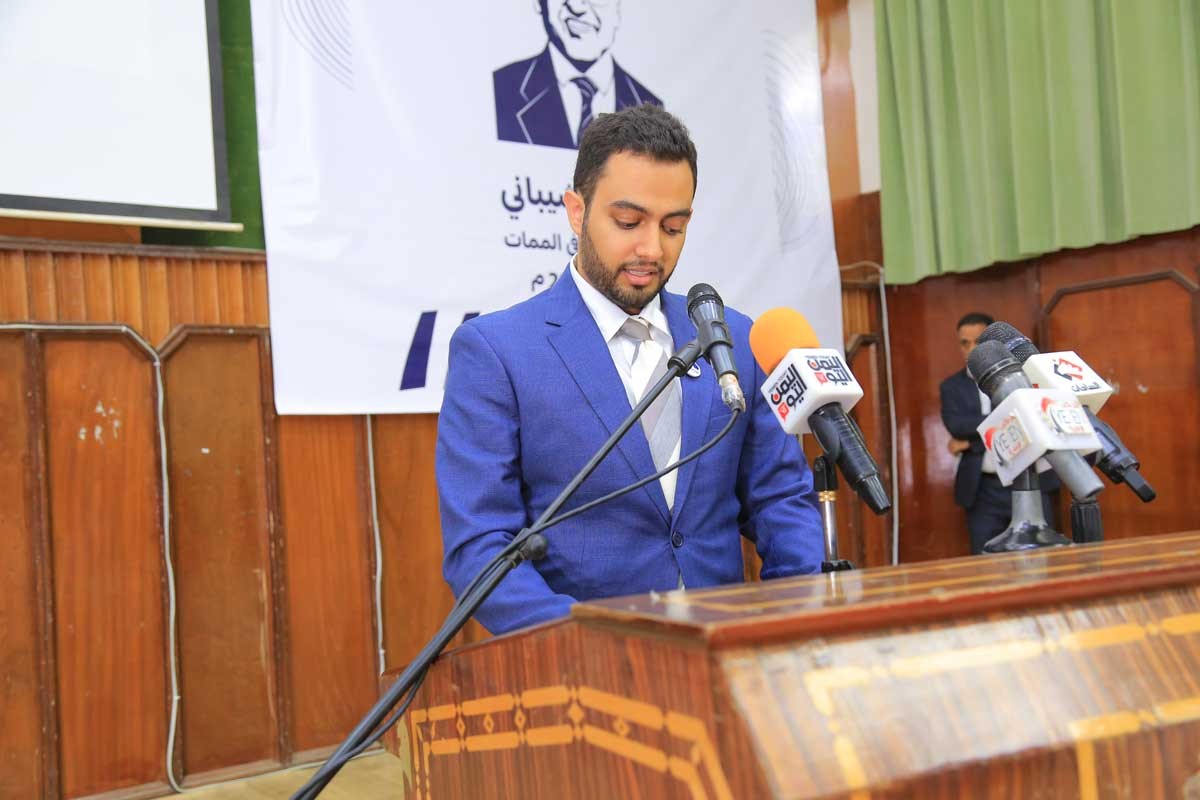 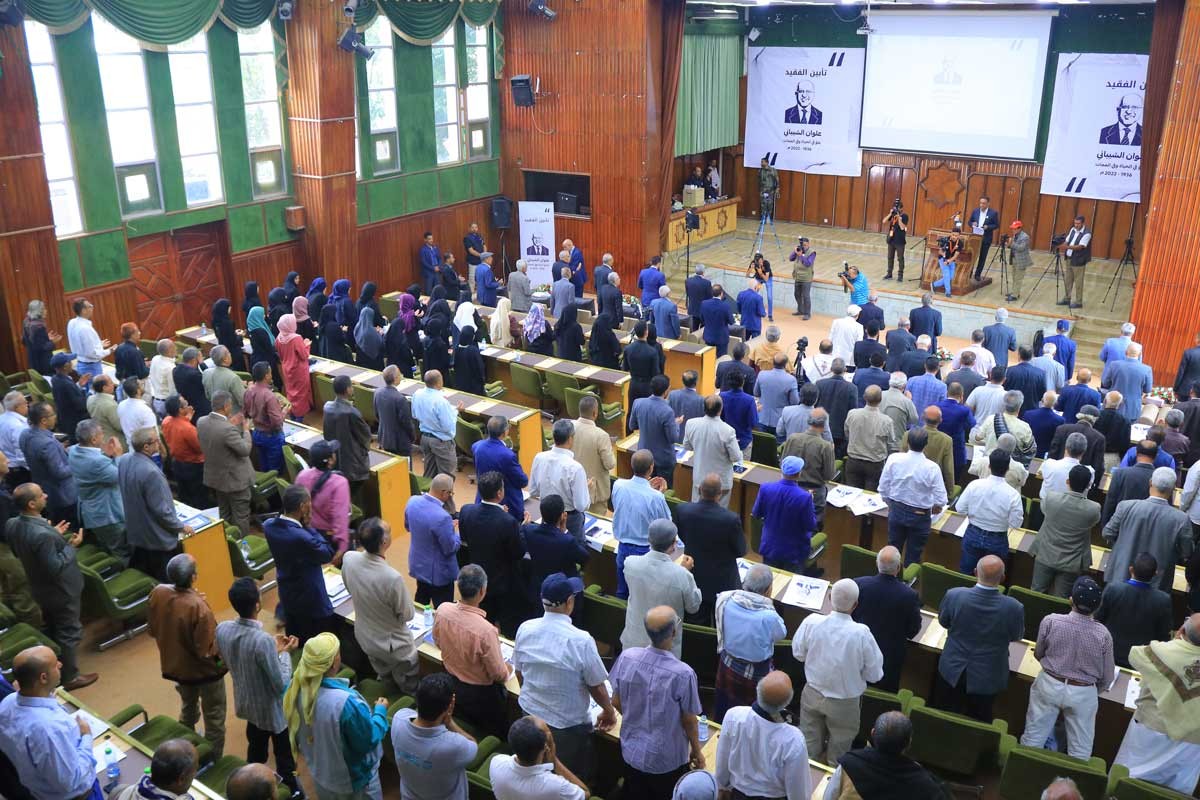 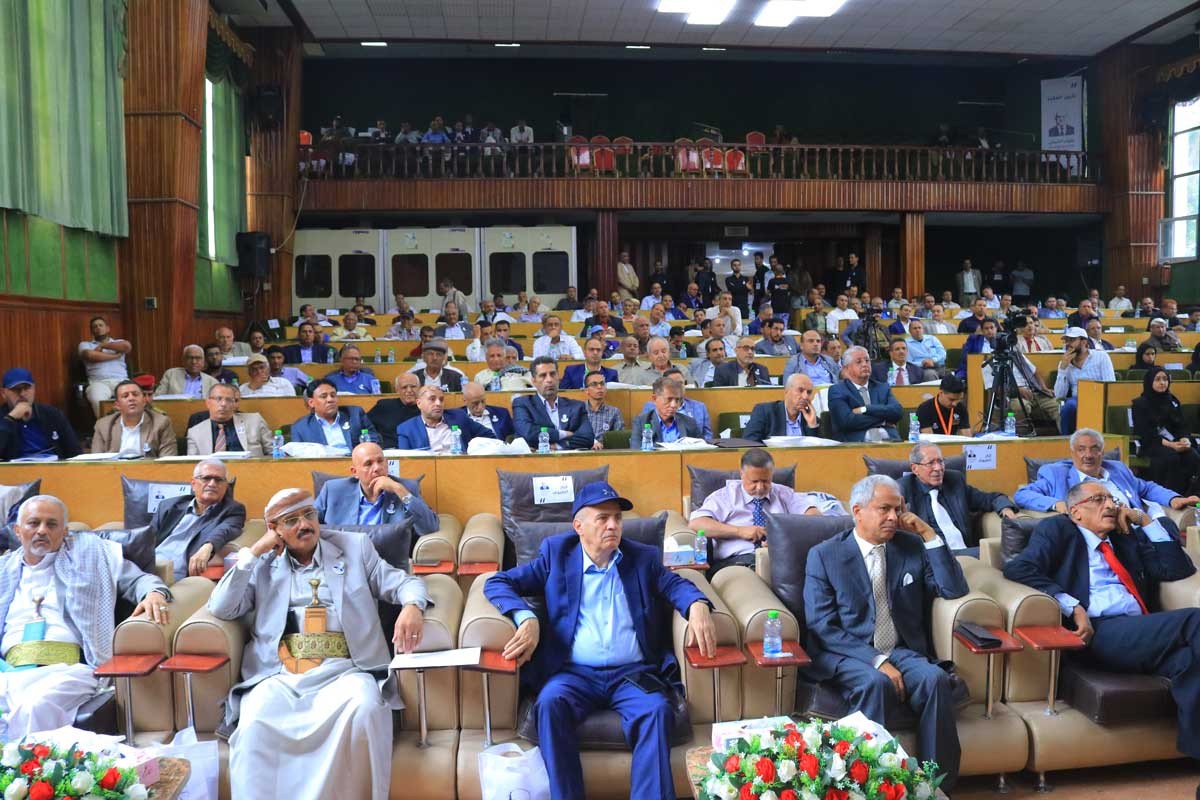